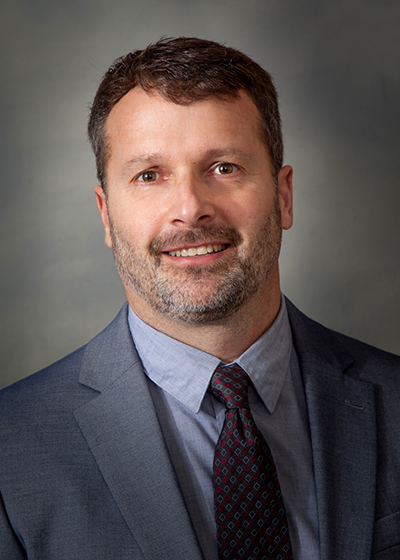 John Sweigard joined the Merced Irrigation District as its General Manager in January 2010. Mr. Sweigard began his water management career 20 years earlier as a Night Patrolman and Distribution System Operator on MID’s irrigation canals, while working to pay his way toward his degree in Ag Engineering, from Cal Poly, San Luis Obispo.

Mr. Sweigard’s career has been focused on resource and public agency management from the very beginning. Prior to his hiring as General Manager at MID, he served almost 13 years as the General Manager of Patterson Irrigation District, the entirety of his tenure there. Mr. Sweigard was known for his forward thinking and for being a productive, versatile manager.

Among the many projects he undertook while managing PID was the $13 million Patterson Fish Screen Project, which resulted in the installation of a self-cleaning flat plate, positive barrier fish screen along the bank of the San Joaquin River at the intake of the District’s main canal. The statewide Association of California Water Agencies – representing 440 member water agencies across California – recognized the project as the winner of the prestigious Clair Hill Award in 2012 for its innovation and benefit to the environment.

Mr. Sweigard has extensive experience working with elected boards, public relations, as well as local, state and federal agency interaction. He additionally has significant experience dealing with fishery and endangered species issues, public agency finance and administration, energy and power, engineering, construction, operations and resource conservation. At the 2009 Mid Pacific Region Water Users Conference he was recognized by his peers for his career accomplishments with the F. Gordon Johnson Memorial Achievement Award for Excellence in Operations and Maintenance.

He spent his teen years working on his grandfather’s cattle operation in the Winton area and graduated from Livingston High School. Mr. Sweigard’s early exposure to irrigated agriculture occurred on several planes. He witnessed a great deal on his family’s dairy farm and cattle ranch. He also completed a three month stint working on a moshav in the agriculturally oriented Golan Heights area of Israel before entering high school.

Mr. Sweigard is an active member of the U.S. Committee on Irrigation and Drainage and was elected by his irrigation profession peers to their Board of Directors in 2011. Additionally, he was a longtime board member of the San Luis and Delta Mendota Water Authority (SLDMWA) representing PID and northern Delta Mendota Canal federal water service contractors’ interests.

He additionally worked on several committees for the SLDMWA, including the Finance and Administration Committee, and the Operations and Maintenance Committee. Further, he served on the Board of Directors of the San Joaquin Valley Drainage Authority and its Policy Steering Committee since the agency’s creation.

Mr. Sweigard resides in Atwater with his wife of more than 18 years and their three teen children.