The Merced River serves many needs. It provides habitat to fish and wildlife, a place of adventure for rafters and kayakers and countless holes for fishing. Equally important, the Merced River produces clean renewable hydroelectric energy and provides a vital water supply for about 2,200 mostly small generational family farms in Eastern Merced County.

Since its inception, MID has maintained a steady eye on the future and responsible resource management. That philosophy holds just as true today as it did in the earliest days of the District’s formation. 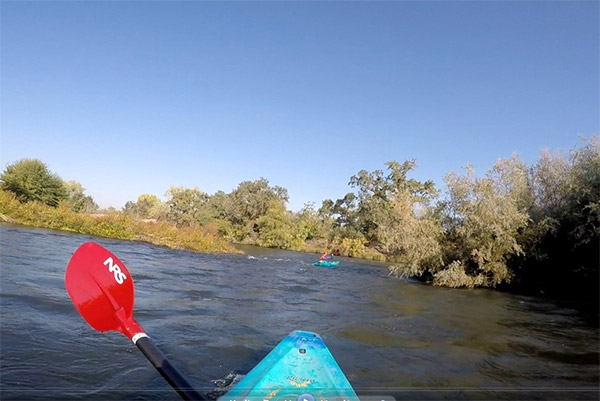 The Merced River and its health are intimately intertwined with our way of life in Merced County. That means we take seriously the tremendous responsibility of environmental stewardship for this local waterway. Simply put, a healthy river means a healthy and sustainable approach to local farming.

However, the Merced River’s health faces significant challenges. The riverbed was drastically altered by legacy dredge mining for gold that began in the mid-1800s and continued into the mid-1900s. This invasive mechanical practice drastically altered the river’s channel by removing streambed rock and gravel, and piling it in large rows along the riverbanks. These rock pilings significantly diminished the natural and historic riparian and floodplain habitat that supported juvenile salmon along vast stretches of the lower Merced River. Further compounding this issue, these mining practices left deep holes in the river which provide safe and suitable habitat for non-native predatory fish which consume anadromous salmon. Many of these holes span several acres.

Sustainable farming in our community requires responsible stewardship of the Merced River. With that, MID advocates a healthy Merced River through a comprehensive and balanced approach to addressing these issues. That means supporting channel and riparian restoration where feasible, and ensuring a healthy salmon population through investments in the state’s Merced River Hatchery.

MID, in cooperation with the California Department of Fish and Wildlife, constructed the Merced River Salmon Hatchery in the late 1970s. MID advocates investing more resources into the hatchery as a means increasing salmon production on the Merced River.

Since 1998 MID has invested approximately $1 million in the state hatchery’s juvenile-salmon tagging operations. This allows biologists with CDFW and other agencies to monitor and identify migratory patterns – and survival – of the hatchery-raised salmon.

Large reaches of the lower river have been drastically altered by historic dredge mining, impacting important spawning and rearing grounds of anadromous salmon. To address these issues, the U.S. Fish and Wildlife Service (USFWS) has completed two significant restoration projects on the Merced River. Combined, these projects have restored approximately 1.5 miles of streambed and riparian habitat to more natural conditions under existing flow requirements and conditions. This includes about 34 acres of floodplain habitat, benefitting juvenile salmon. MID continues to advocate for further restoration of sections of river that have been harmed by historic dredge mining.

MID strongly supports this approach to improving lifecycle conditions for anadromous salmon on the Merced River. The District has assisted the USFWS restoration work by providing site access and coordinating flows from Lake McClure during construction and follow-up site monitoring. The District has also supported river restoration by hauling some 40 tons of boulders and 56,000 cubic yards of gravel on behalf of a local conservation group. The gravel is being used to fill the mining holes in the river used by predators of salmonids, as well as improving spawning habitat. The boulders assisted with increasing fish habitat and crucial oxygenation. In 2012, an MID resources manager received the annual conservation award from Merced Fly Fishing Club for the work performed by MID.

The Merced National Wildlife Refuge (MNWR) provides a critical sanctuary for birds and wildlife located east of the San Joaquin River in East Merced County. The refuge is famed for hosting the largest wintering concentration of Lesser Sandhill Cranes in the Pacific Flyway with as many as 20,000 cranes using the Refuge annually. It is also frequently visited by Ross’s geese. Spanning more than 5,000 acres, the refuge is located on Deadman Creek, which is dry under natural conditions for the vast majority of the year. Each year MID provides 15,000 acre feet – an amount equivalent to one-third of all urban water usage in east Merced County – to the refuge through Deadman Creek.  Of all of the different units of the San Luis National Wildlife Refuge Complex, MNWR enjoys the most reliable source of water in quantity and quality. 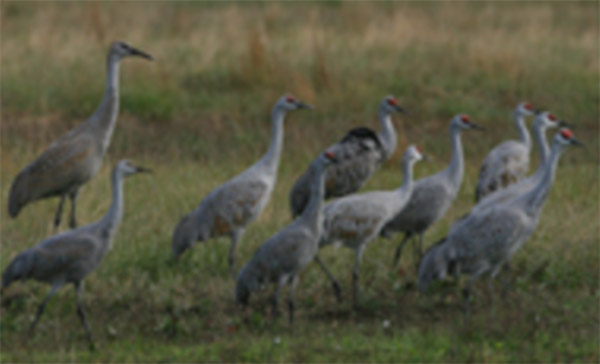 In addition to the NMWR, Merced Irrigation has provided water to the East Bear Creek Unit in the San Luis National Wildlife Refuge (SNWR). Approximately 2,500 of the Unit’s 4,000 acres provide waterfowl habitat. Merced Irrigation District has been provided water through a project created by the National Wildlife Refuge and Ducks Unlimited. The Refuge, like NMWR, provides diverse habitat for an array of species apart of the largest network of freshwater wetlands in California.

Merced Irrigation District continues to embrace the latest policies and technologies for the responsible management and delivery of water in its system. The District has developed a number of infrastructure projects and basins that allow for improved water management, and recapture and re-use of water in our irrigation system. The district released its final Water Resources Management Planopens PDF file  in June of 2020. The WRMP effort relies on sophisticated computer models, including a reservoir operations model, a detailed water balance and an economic model, to address MID’s long-term management and infrastructure needs. This ensures the most responsible and wise use of local water resources both for the present and well into the future. 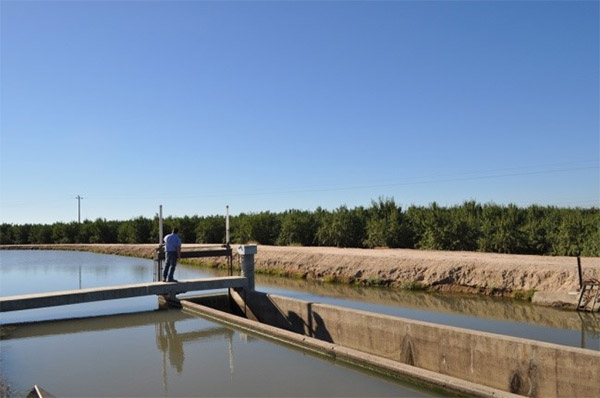 As the local agency entrusted with resource stewardship, MID adopts an integrated approach. Merced Irrigation District spearheads the Merced Integrated Regional Water Management (IRWM) program and provides support for projects that extended from management of the watershed to groundwater.  Additionally, the Merced Irrigation District Charitable Education Foundation was established in 1996 to promote education and understanding of water resources.

MID is also a major partner and supporter of the opens in a new window East Merced Resource Conservation District and its ongoing efforts to provide education and resources for the Merced River Education and Enhancement Program. The program advises landowners and the public on best management practices to preserve a healthy Merced River habitat and responsible environmental stewardship.

MID proudly supports clean renewable energy in order to protect our environment both now and for future generations. In a region with some of the nation’s worst air pollution, MID produces up to 107 megawatts of zero-emission energy at its community-owned New Exchequer Hydroelectric Project. Additionally, MID holds contracts for wind energy produced by Iberdrola Renewables. In August of 2011, MID became the first public utility to support and partner with the University of California’s Advanced Solar Technologies Institute.  Headquartered at UC Merced, the Institute is developing the newest and most efficient solar technologies. 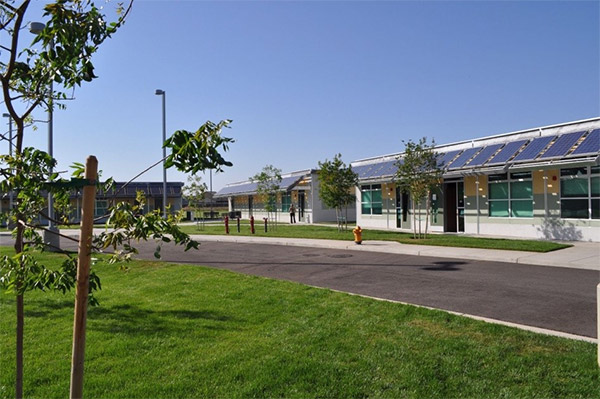